Why Should We Permit Medical Aid in Dying? – What is the Law Now, What Legislation is Proposed? 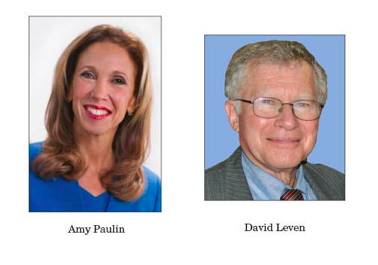 Assemblymember Amy Paulin and End of Life Choices Consultant David C. Leven of Pelham will be guest speakers at a TMC program on” Why Should We Permit Medical Aid in Dying? – What is the Law Now, What Legislation is Proposed?” on Thursday, January  31 at 7:30pm at The Manor Club.

Assemblymember Paulin is sponsor of the Medical Aid-in-Dying Act in the NY Stae Assembly which would enable mentally competent, terminally ill patients to choose to self-administer medication to bring about a peaceful death. It also provides their physician, when acting in good faith in accordance with the provisions of the Act, protections from civil and criminal liability and professional disciplinary action. The process is designed with a number of safeguards, based on how similar legislation has been enacted in other states. The patient has to have a terminal illness, defined as one that will “within reasonable medical judgment, produce death within six months.” The patient must make both an oral and a written request, signed by two witnesses. The diagnosis must be confirmed by the patient’s physician and an additional physician. Then two physicians must determine that the patient has the mental capacity to make the decision. If one or both of the doctors think the person lacks the mental capacity, a mental health professional will be called in to make the determination. No physician is required to participate in any of the above if he or she is uncomfortable or unwilling, and a patient may discontinue the process at any time. Upon fulfillment of the request, the patient is given a prescription for lethal dosage which can be self-administered at the time of his/her choosing, including never.

Assemblymember Paulin said: “No question, many would not avail themselves of the medical aid-in-dying option if it were legal in New York. But many others would want the peace of mind knowing that in their final days, it would be possible for them to choose to die on their own terms, in their own homes, surrounded by the people they love. That’s what our bill is about.”

In addition to the proposed Paulin legislation, he will discuss the following:

– Why medical aid in dying is not physician assisted suicide;

– Why and how medical aid in dying has been proven to be a safe and ethical medical practice in states where it is legal;

– The lack of evidence that medical aid in dying disproportionately impacts any vulnerable populations;

– Why those in the disability rights community should support medical aid in dying;

– The changing attitudes of past opponents of medical aid in dying to supportive positions;

– Emerging public and physician support for medical aid in dying;