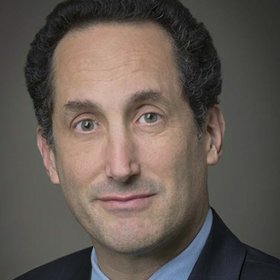 David N. Hoffman is a health care lawyer and clinical ethicist in New York, where he is a lecturer in Bioethics and full-time core faculty member of the Columbia University Master’s Program in Bioethics. He also teaches in the areas of law, medicine and ethics at the Albert Einstein College of Medicine where he holds an appointment as a Clinical Assistant Professor. He also serves as the Chief Compliance Officer for Carthage Area Hospital.

Prior to joining Carthage Area Hospital, he served as General Counsel and Vice President for Ethics & Compliance at hospitals and other provider organizations in the New York metropolitan area. Hoffman has provided counsel to hospitals, medical centers and individual practitioners in: governance, mergers, affiliations, commercial transactions, medical litigation, bio-ethical decision-making and regulatory matters.

He has served on and advised hospital ethics committees and institutional review boards. Mr. Hoffman has written on a variety of healthcare subjects including use of medical imaging technology in litigation, equal protection rights of physicians, and regulatory responses to the emerging physician shortage. He is a volunteer panel Attorney for the Surrogate Decision-making Committee of the New York State Department of Health, Commission on Quality of Care. Mr. Hoffman served as the Chair of the Committee on Bio-ethical Issues of the Association of the Bar of the City of New York (ABCNY), and as a member of the Committee on Professional Ethics of the New York State Bar Association, where he was the principal author of the committee's opinion on internet-based attorney client matching services.

He previously served as the legislative liaison for the Special Committee on Medical Malpractice at ABCNY, where he authored the Association's policy statement on the confidentiality of the National Practitioner Databank. He also chaired the ABCNY Sub-Committee on human transplant organ procurement.

Mr. Hoffman completed the pilot post-graduate program in Bioethics and the Medical Humanities at the Columbia University College of Physicians and Surgeons and Albert Einstein College of Medicine. He is a member of the American Health Lawyers Association and the American Society of Bioethics and Humanities. Mr. Hoffman is a frequent lecturer on the interactions between law, medicine and ethics.

He is admitted to practice in the New York state, and federal southern and eastern district, courts.